June 6
Laguna de Castilla is really the last town in Castilla. We quickly came upon another type of marker telling us that we are in Galicia. We will follow these markers all the way to Santiago.

It was a beautiful hike up high in the mountains and stopped for breakfast in O’Cebreiro, another significant gateway on the Camino because it has administered to the needs of pilgrims since the 12th century. 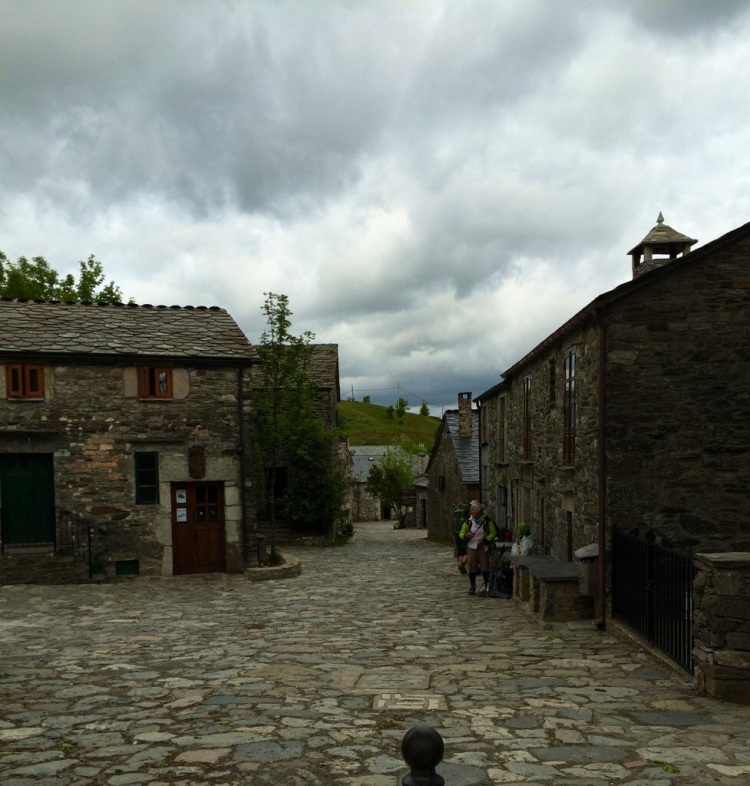 We stopped in Fonfria, a typical Galician village. When I tell you these are farming villages, take a look at what goes by behind us sitting outside having lunch at a restaurant.

Shortly after this it started to rain and continued until we got to Triacastela. Nearby are the quarries that provided the limestone used I the building of Santiago. Medieval pilgrims would carry as much as they were able to the kilns to help. We are hoping the packs we are carrying will remind us of their sacrifice.

One thought on “Entering Galicia”