Today’s 13 mile hike was through beautiful farmlands and vineyards. We are now in the La Rioja region, renowned for its superlative wines. And I will attest to that!  In fact, Kings and noblemen were proving the Camino through this region as early as the 11th century as a means of exporting its famous wine and wares through Europe-and a way to attract artists and stonemasons to build all of the amazing cathedrals and monuments I have been seeing along the route. It was in this region where the defeat of the Moors happened which gave a great boost to Christianity and by extension, the Camino de Santiago. 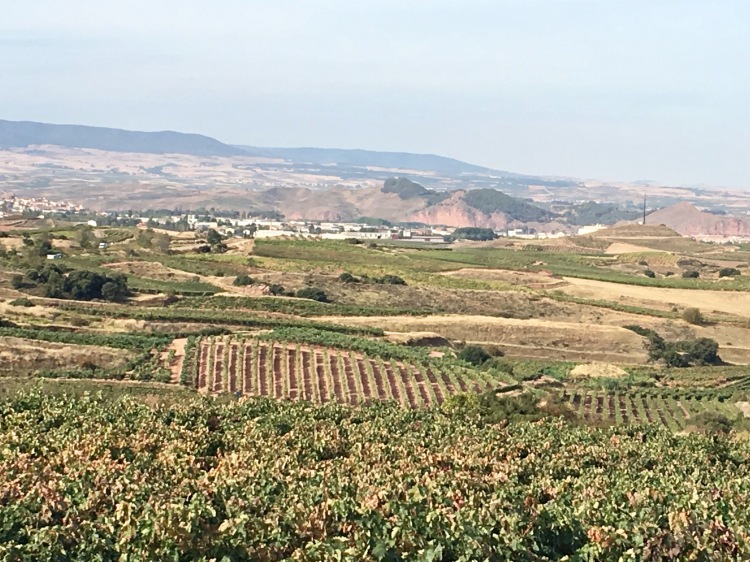 Okay, I know you want to here about the chickens.   Well, The story goes that in the 14th century, a German 18-year-old named Hugonell, from Xanten, goes on pilgrimage to Santiago de Compostela with his parents. A Spanish girl at the hostel where they were staying makes sexual advances toward Hugonell; Hugonell rejects her advances. Angry at this, the girl hides a silver cup in the German’s bag and then informs the authorities that the youth had taken it. Hugonell is sentenced to the gallows, in accordance with the laws of Alfonso X of Castile. 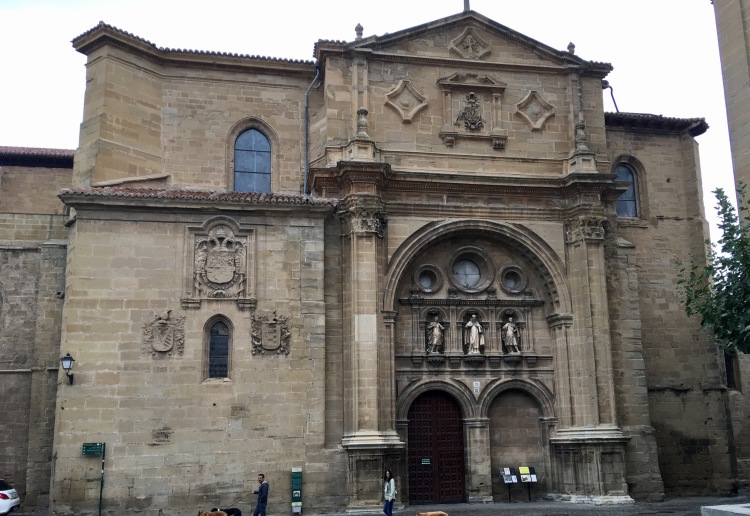 The parents sadly decide to examine their son’s body, still hanging on the gallows, but suddenly hear his voice –he tells them that Saint Dominic has saved his life. His parents quickly make their way to Santiago de Compostela to see the magistrate. The magistrate, who is at the time eating dinner, remarks: “Your son is as alive as this rooster and chicken that I was feasting on before you interrupted me.” And in that moment, the two birds jump from the plate and begin to sing and crow happily.

And as early as 1350, it has been documented that there is  a cock and a hen in the cathedral. 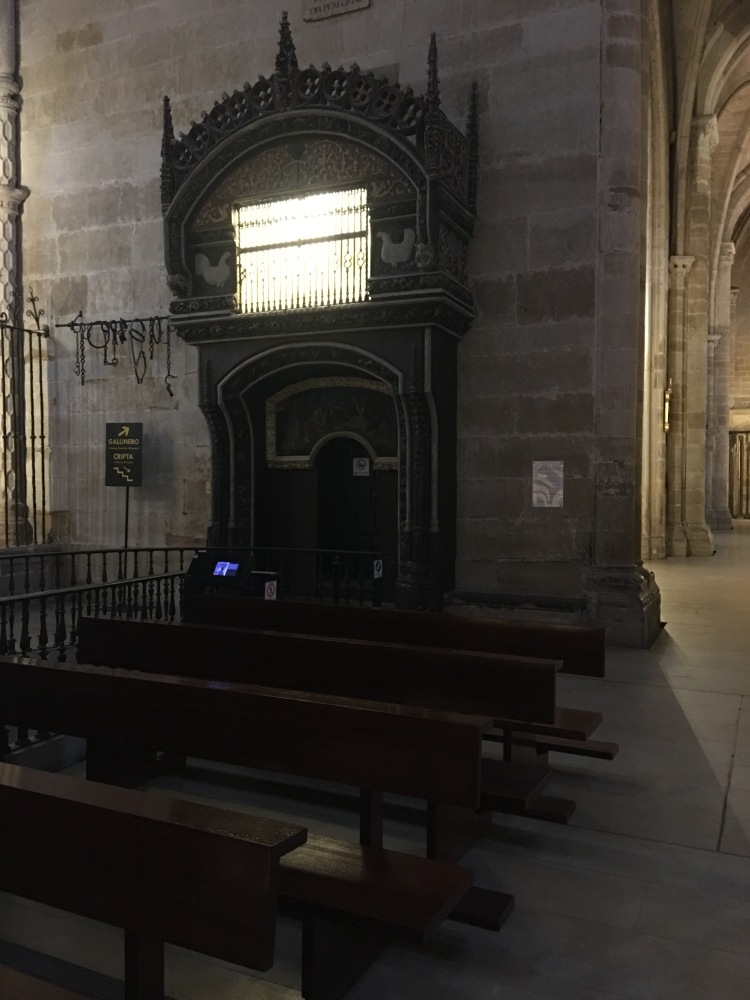 I could not get a good picture of them because of the light so I found one to show you up close.

I have a great punch line for my headline, but since my Mom reads this blog I leave it just between us chickens.